Just as I have – you’ve probably had or tried to make them all…    Potato cheese mixtures or bread bits and sausage drowned in scrambled egg mixture.

None of them are bad, but they all left me wanting for more.

The flavor profiles I was looking for was flavorful potatoes, cheese and sausage.  I enjoy shredded potatoes and onions cooked as a hash brown mixture then add spicy bulk sausage and topped with cheese to left melt down through it.  I have also begun to love the added flavor that caramelizing onions brings to my dishes but didn’t want to spend time slaving over a pan of oil / onion mixture to get the perfect ‘doneness’.

Step # 1 was actually done the night before.  I thinly sliced an onion on the mandolin and also sliced up a green pepper, spread it out on a tray, drizzled some olive oil, salt and crushed red pepper and placed it under the broiler of my toaster oven.

On the stove I started browning some bulk sausage with salt, crushed red pepper and a sprinkle of cayenne.  I like my sausage pretty spicy so you can adjust these flavors as you wish.

After mixing this well, I put it in a small loaf pan but in hindsight should have used a larger, shallower pan to lessen the cooking time.

I took 4 eggs and a 1/4 cup of milk and beat them together with a fork, added a tablespoon of kosher salt and a teaspoon of crushed red pepper to make certain that the egg mixture was well seasoned.  I then poured this over the potato and sausage mixture allowing it to sift down through.  Next came a layer of Monterrey cheese and the shredded Parmesan which creates a nice texture layer on top when the baking is complete.

I baked this in the toaster oven at 325 and it took about an hour.  To test for doneness, simply dig into the center and make sure the eggs are still not ‘wet’.

How did it taste?  The SO and myself both agreed it was the best breakfast casserole dish we’d ever had.  Multiple layers of flavor along with nice textural differences and mouth feel.

The egg mixture really only settled halfway down into the potato mixture so there was a different texture and flavor in that layer.  As a dish it was not as heavy and grease-laden as the typical fried hash brown and sausage dish that we already love.

Admittedly, we were both pretty hungry, but the two of us ate the entire casserole.

Try it and let me know what you think… 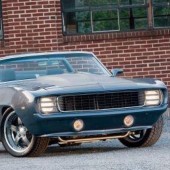